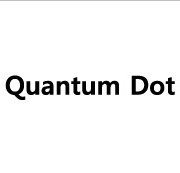 Though they are a part of sales gimmick, extremely deluding names are emerging.

For OLED TV, the technology name “OLED” makes it easier for a consumer to recognize the differences of TVs precisely as it uses the OLED panel which is a spontaneous emission method employed to realize brightness and color. In the beginning of last year, LG Electronics and Samsung Electronics made it clear that it is not LCD TV by literally using the term ‘OLED TV’ for the TVs manufactured using OLED panel. But for LED TV, it should be named as LCD TV adopting LED BLU. The LED TV is the one that controls light only with LED.

The worst name is “QLED TV” which was created just by putting a dot in the OLED TV. It is assumed to be the combination of the terms LED TV and quantum dot. But it is very similar to the name ‘OLED TV’ that commonly recognized as the next generation TV to the extent of confusing as OLED TV.

In the TV market that becomes more and more competitive as time passes, the differentiation strategy is crucial to make a distinction with other companies. However, this immoral and disgraceful trick of playing with consumers with naming must be stopped. Like an automobile company gets a considerable penalty for selling a car with false mileage, the strict sanctions must be imposed upon TV manufacturers using names to deceive customers.

If the 600ppi Soluble process OLED is to be possible?