LG Electronics CFO, Do Hyun Jung announced that they expect this year’s OLED TV’s demand to be approximately 4 times higher than last year’s.

With this statement during the LG Electronics earnings announcement (January 26), Jung demonstrated determination in popularization of OLED TV. Regarding the forecast of Q1, he estimated that despite the slow season, profit structure will improve through product mix improvement and production cost structure among others.

Regarding the total TV market, Jung forecast that the 2016 demand stagnation will continue. Revealing that LG Electronics’ TV market share fell slightly, demand for premium products such as OLED TV and UHD TV is anticipated. He added that LG Electronics will cement the image of world leading premium products through OLED TV and compete through quality and performance.

In Q4 2015, LG Electronics Home Entertainment business increased shipment in key markets such as Europe, Russia, and North America, and recorded revenue of 4,740,000 million KRW, a 11% growth compared to previous quarter, and business profit also increased to 2.3% from 0.9%. 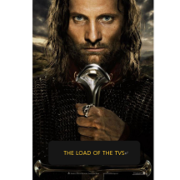 The Reason WRGB OLED TV Can Only Succeed

Will 2016 be the Year of Glasses-Free 3D Display Commercialization?