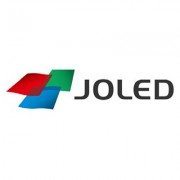 As participation of Taiwanese and Chinese enterprises in OLED panel business, which is dominated by Korea, is taking place, the Japanese government begun its active involvement in the OLED business. “Innovation Network Corporation of Japan (INCJ),” a private and public fund led by the Japanese government, established Japan Display Inc. (JDI) by gathering a display team with Sony, Hitachi and Toshiba who have mobile display technologies to save the uncompetitive display industry of Japan. A mission of JDI is to produce LCD and OLED for mobile devices.

Last month, INCJ set up JOLED with JDI, Sony and Panasonic for the OLED production and each OLED related department of the companies will be united in January 2015 to manufacture over medium size OLED.

Considering the process of JDI and JOLED establishment and future trend of technology, Sony is expected to be responsible for core technology and play the key role. Sony is the only OLED maker as well as mobile device and medium size monitor in Japan. All these items have LTPS TFT and RGB OLED structure using vacuum evaporation method. Also, the OLED TV by Sony is composed of oxide TFT and WRGB OLED structure. Sony is not manufacturing the OLED panel for mobiles and TVs but is certainly a leading company who owns all the technologies.

The OLED developed by JDI is 5 inches and uses LTPS TFT and WRGB OLED technology. It is considered that Sony’s technologies made JDI possible to develop the OLED panel in such short period.

As commercialization of JDI’s OLED delays, the new JOLED was born. JDI, Sony and Panasonic joined it only for the OLED. JDI has the majority of the voting rights of JOLED, but Sony has a large portion of JDI shares. Thus, it seems that Sony will be the main party of JOLED.

It is difficult to commercialize ink-jet technology of Panasonic because characteristics of its luminescent materials do not reach that of WRGB materials. The OLED roadmap of Sony, however, has the flexible OLED using the OTFT and ink-jet technology. It may take time but flexible signage is expected to be seen at a very low price.

AMOLED manufacturing equipment market, expected to be about 36 trillion won...
Scroll to top